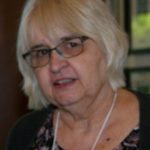 Maryalice Foisy, the mother of two grown boys and grandmother of three, has been active in her local unit, Monson PTSA, and Massachusetts PTA for over 20 years. She is currently employed by Southbridge Public Schools in the technology department. She served in many roles in Monson PTSA, including Reflections Chair and president, came onto the state board in 1998 as Reflections chair, and served as secretary and Vice President of Programs before leaving the board in 2006. She returned to the Mass PTA board 4 years ago and has been active in Communications, Reflections, and the -Health and Safety committees. 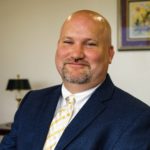 Jeffrey C. Riley was appointed Massachusetts 24th commissioner of elementary and secondary education in early 2018 and began serving as commissioner on April 5, 2018. A Massachusetts native, Mr. Riley’s experience spans urban and suburban districts and includes teaching in Baltimore, Md., being principal of Tyngsboro Middle School, and being principal of Boston’s Edwards Middle School. In January 2012, Commissioner Riley was appointed superintendent/receiver of the Lawrence Public Schools. During his more than six years there, he led a team that brought major improvements by shifting more resources and autonomy to the school level, expanding the school day, increasing enrichment opportunities, and ensuring all schools had great leaders and teachers.

She leads the Children’s Screen Time Action Network, a coalition of practitioners, educators, advocates and parents working to reduce children’s excessive use of digital devices and restore a developmentally 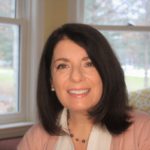 healthy childhood. Author of Kids Under Fire, she has been giving Kids Media Diet workshops, writing and speaking about children’s screen use since 2002. She holds a Masters’ in Education and a Certificate in Parenting Education from the Wheelock College. Previously, Jean worked as a writer and communications consultant both in high tech and nonprofit settings. She joined CCFC in 2016, inspired by the work of founder Susan Linn and the organization’s capacity to prevent commercialism from usurping children’s character, habits, and creativity.

Sign Up Now
For Email Marketing you can trust.